Mach4 controls Step/Dir spindles. When you press the stop button, EVERYTHING stops instantly., which is why it clunks to a stop. I am not sure why Mach4 then commands the Step//Dir spindle to go back to the speed it was at before decelerating to a stop.

If you need to do an emergency stop, then you pres the Red EStop button.

Some people can't help themselves, and will always press the red stop button on the screen, instead of the Feed hold first. In that case you could modify the lua script for the stop button to call the lua PLC script of the screen set. In a function in there, it would first call feed hold, and then once the motors stopped, it would automatically call the Stop function. 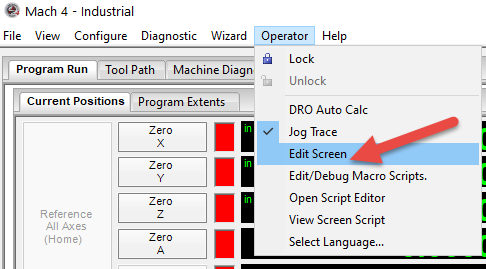 Save and close this script.

Open the PLC Script, by clicking in the area just to the right of where it says "PLC Script". Then click on the "..." that appears. 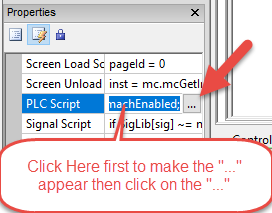 The PLC script will run at your PLC Interval (frequency ) which defaults to 50 Hz. You don't want to declare a global variables in here, but local variables (that will be overwritten every time) are fine. This is where you will add this script functionality, to request the FeedHold before the CycleStop.

-- Feed hold once before stopping

-- Check if axes are still

Save and close this script.

3. In the Red Stop Button, edit the Left Up Script (or whichever script it is using) so that it no longer calls CycleStop(). Mine looks like this: 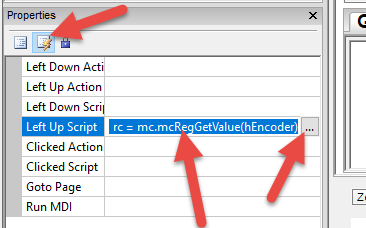 Add this code to the script area:

Save and close this script

Close out of the Screen editor by clicking: 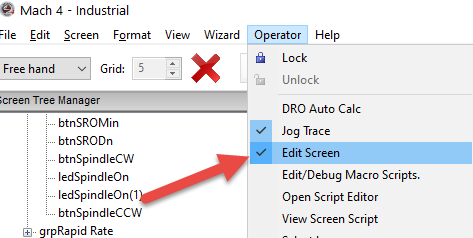 Test the Stop button while you are moving, and you should see that it now feed holds instead of stops.